THE EMPTY MIRROR. Experiences in a Japanese Zen Monastery 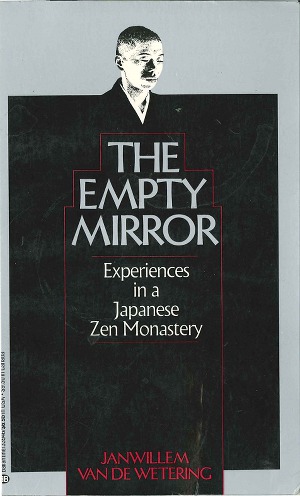 "This small and admirable memoir records the experiences of a young Dutch student who spent a year and a half as a novice monk in aJapanese Zen Buddhist monastery. As might be expected, the author shows a deep respect for the teachings of Zen. What makes this account extraordinary, however, is that the book contains none of the convert's irritating certitude, and no suggestion that the reader rush to follow the author's example."
Time

"The koans, the riddles, the kinhin, the exercises of concentration, the sutra, the sermons, and the rest are only a part of what goes on in these pages. What is accessible is the day-to-day description of life, of the monks themselves and of the others he met, of the jokes they played and the food they ate, of the moments of satori, the explosive moment of an understanding surpassing understanding."
Los Angeles Times

"Van de W etering still cherishes his Zen experience, and it seems obvious that his eight months in a Kyoto monastery still affect the course of his existence."
Boston Globe

"A vivid, humourous, and slightly disillusioning account of a Dutchman's frustrating struggle toward enlightenment in a Japanese Zen monastery. Insightful, funny."
Carl Rogers

"Janwillem van de Wetering has presented a reflective, evenly written account of his experiences, prudently avoiding the potentially sensational aspects of monastic life. What emerges is a work of nonfiction told through the ingenuous persona of van de Wetering, that is as enjoyable to read as a well-crafted novel."
East West Journal