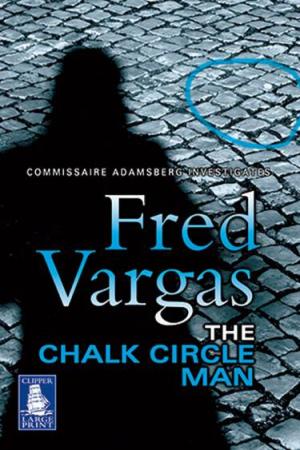 DAGGER AWARD
‘Quirky, bizarre, riveting, irresistible, utterly French… Vargas is perhaps the best mystery writer on the planet.’ – Winnipeg Free Press
‘Like legions of other devoted readers, I’ve become addicted to the adventures of Commissaire Jean-Baptiste Adamsberg… If you’ve already discovered Adamsberg, this novel is essential reading. If you haven’t, this is the perfect place to begin.’ – Margaret Cannon, The Globe and Mail
‘ The Chalk Circle Man… is everything [that] Grisham is not: witty, intriguing, disconcerting and, being French, seductively romantic.’ – The Daily Telegraph
‘Detective Adamsberg is not only unusual but irresistible as a character… Ms. Vargas’s approach to the macabre is formidably funny.’ – The Washington Times
***
Jean-Baptiste Adamsberg is not like other policemen. His methods appear unorthodox in the extreme: he doesn't search for clues; he ignores obvious suspects and arrests people with cast-iron alibis; he appears permanently distracted. In spite of all this his colleagues are forced to admit that he is highly successful – a born cop.When strange blue chalk circles start appearing overnight on the pavements of Paris, the press take up the story with amusement and psychiatrists trot out their theories. Adamsberg is alone in thinking this is not a game and far from amusing. He insists on being kept informed of new circles and the increasingly bizarre objects which they contain: a pigeon's foot, four cigarette lighters, a badge proclaiming 'I Love Elvis', a hat, a doll's head. Adamsberg senses the cruelty that lies behind these seemingly random occurrences. Soon a circle with decidedly less banal contents is discovered: the body of a woman with her throat savagely cut. Adamsberg knows that other murders will follow. "The Chalk Circle Man" is the first book featuring Jean-Baptiste Adamsberg, one of the most engaging characters in contemporary detective fiction.