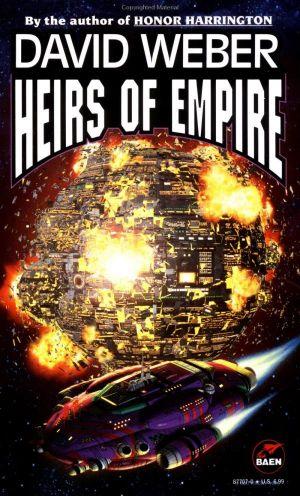 As guilty pleasures go, the sequel to The Armageddon Inheritance probably isn’t the equal of a cholesterol-laden hot fudge sundae?but it’s close. In this installment, Humanity’s Emperor Colin has to deal with subjects who want to overthrow him and a superbomb so powerful it makes an atomic weapon look like just another Fourth of July sparkler. Meanwhile, the heirs to the throne are marooned on a distant planet, where, in addition to worrying about how to get home, they somehow have to remedy a religious conflict they’ve managed to set off. Weber combines science fiction, fantasy and a sly sense of humor into a novel that may be a tad silly but is definitely a whole lot of fun.

March To The Stars

The War God's Own

Empire from the Ashes