The Curse of the Wendigo [The Monstrumologist, Book 2] 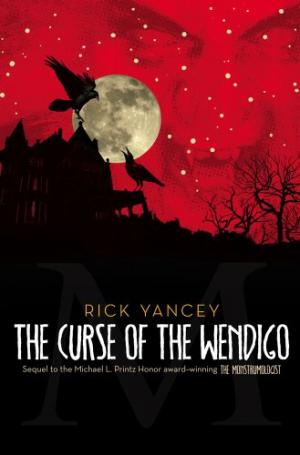 Will Henry, assistant to monstrumologist Pellinore Warthrop, finds a woman at his doorstep who seeks Warthrop's help in recovering her missing husband. He vanished while in search of a mythical creature known as the Wendigo, a vampirelike monster whose hunger for human flesh is insatiable. Will Henry and Warthrop travel to Canada to find Jack Fiddler, a Native shaman who was the last person to see Chanler alive. While he puts forward a supernatural scenario for Chanler's disappearance, Warthrop is convinced that there is a rational scientific explanation for everything, even when faced with seemingly incontrovertible evidence to the contrary. His stubborn commitment to the rational is challenged by his own mentor, Dr. von Helrung, who is about to propose that the Monstrumology Society accept mythological monsters as real. Refusing to accept what Chanler has become, Warthrop ends up endangering not only himself and Will but also the only woman he has ever loved. The style is reminiscent of older classic horror novels, such as Bram Stoker's Dracula, mixed with the storytelling sensibilities of Dickens. The ever-present, explicitly detailed, over-the-top, disgusting gore, however, is very much a product of modern times. The Curse of the Wendigo is certain to be popular with fans of The Monstrumologist (S & S, 2009), and the horror genre in general, but the disturbing, cynical tone makes the most appropriate audience for this book uncertain.

From
Starred Review Examples of literary horror don’t come much finer than The Monstrumologist (2009), and Yancey’s second volume sustains that high bar with lush prose, devilish characterizations, and more honest emotion than any book involving copious de-facings (yes, you read that right) ought to have. The new case: lepto luranis, aka the Wendigo, a vampiric creature whose mythic origins have monstrumologists divided. If they accept the existence of mystic shape-shifters, is not their “science” balderdash? Dr. Pellinore Warthrop has no interest until his former true love appears and begs him to find her husband—once Warthrop’s best friend—who has gone missing in search of the creature. Yes, female characters have arrived to the series and smashingly so, none better than Lilly, the talkative 13-year-old scientist who gives Warthrop’s faithful assistant, Will, his first kiss. The Monstrumologist was more propulsive, but the worthy trade-off here is the introduction of an alternate, monster-plagued 1888 New York, complete with irresistible historical cameos. So far, Yancey has written both books in the Monstrumologist series as if they were the last, going for broke and playing for keeps, no matter who or what ends up on the chopping block. This is Warthrop’s The Hound of the Baskervilles; if we hold our breath, maybe part 3 will come faster.

Комментарии к книге "The Curse of the Wendigo [The Monstrumologist, Book 2]"