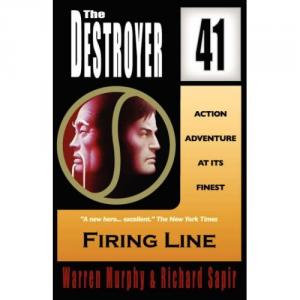 Ruby is too hot to handle, and Remo is being ordered to play fireman. But friendship comes first, even to a Master of Sinanju, and Remo is steaming mad. Mad enough, in fact, to walk out. It's out of the frying pan and into the fire because Chiun, deferring to tradition, refuses to quit CURE. And they both know that soon he could be hot on Remo's tail. But the heat's really on when Remo meets up with Sparky, a walking Molotov cocktail. New York firefighters are walking off the job, and an arson gang, with Sparky in tow, has decided to strike while the iron's hot. Unless they receive the ransom they demand, they'll turn the city into the biggest backyard barbecue in history.

The strange affair of Spring-heeled Jack