Holocaust: The Greatest Lie Ever Told 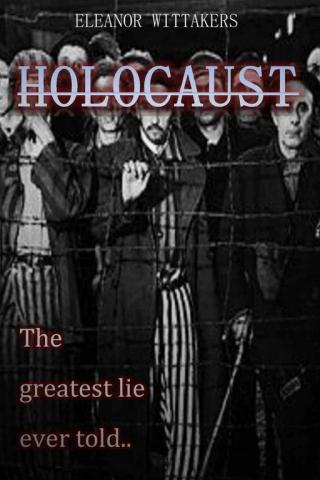 1. International Red Cross records refute “official” death toll. Sealed and guarded since the end of WWII at Arolsen, Germany, the Officials IRC records reveal the actual Concentration Camps total death toll was 271,301.
2. Number of death at Auschwitz revised in 1989 from 4.1 million to 1.5 million. “Official” account of 6 million death remain unchanged.
3. American gas chamber expert Dr. Leichter visited all sites and testified that supposed gas chambers “incapable” of supporting gas executions. No scientific proof of Jews exterminated.
4. Auschwitz Museum Curator admitted Russians created the infamous “homicidal gas chamber” post-war, by altering a German bomb shelter. Gas chimney was added by Soviets after the war.
5. No “Prussian blue” staining found on the walls of any supposed death chambers. Forensic evidence of gassings only found in delousing chambers, where Zyklon B was used to disinfect the prisoners clothing and bedding; to stop the spread of typhus epidemics.
6. The obsessive invocation of the cabalistic fable of “6 million dead or dying Jews” dating back at least four decades prior to the events of WWII directly undermines and betrays the notion that 6 million Jews perished in Europe between 1939-1945.
7. The “truth” that fear of investigation. Questioning any aspect of the Holocaust can land you in prison in the following countries: Austria, Belgium, Bosnia, Czech, France, Germany, Hungary, Israel, Lichtenstein, Lithuania, Luxembourg, Netherlands, Poland, Portugal, Romania, Spain and Switzerland. Many had been beaten, humiliated and even killed for doing so.
8. According to Jewish World Almanacs, the world’s Jewish population increased from 1933-1948. From 15,315,000 to 15,753,000 of Jews. Where the 6 million drop?
Why can’t we ask questions? Why is Holocaust dogma defended with such vitriol?

“Histories were written by the victors.”
— Winston Churchill

“To learn who rules over you, simply find out who you are not allowed to criticize.”
— Voltaire

“Those who are able to see beyond the shadows and lies of their culture will never be understood, let alone believed, by the masses.”
— Plato

“When a well-packaged web of lies has been sold gradually to the masses over generations, the truth will seem utterly preposterous and its speaker a raving lunatic.”
— Dresden James

Science, documents and common sense collide with religious dogma.
In the age of information, ignorance is a choice. You have at your fingertips, limitless of supply of knowledge. So if you want to base your perception of history not on your own research but on the controlled mass media and the garbage that comes out of Hollywood, then go ahead. Hollywood which is controlled by the very same people, who have vested financial and political interest in promoting their own version of history. Hollywood’s depiction of the World War 2 and the Holocaust is as accurate as their depiction of the Wild West

“The media’s the most powerful entity on earth. They have the power to make the innocent, guilty and to make the guilty, innocent, and that’s the power. Because they control the minds of the masses.”
— Malcolm X