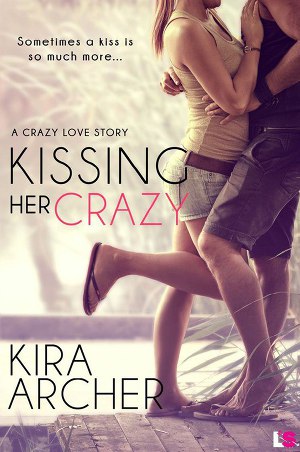 Sometimes a kiss is so much more...
Single mom Lena Oserkowski just wants to relax at the 5-star resort where her brother is getting married. Oh, and figure out how to make one of her businesses successful enough to support her son. Her focus is thrown out of whack when Elliot Debusshere, twin brother of her new sister-in-law, swims to her rescue at the hotel pool.
Elliot is disillusioned with his wealthy, playboy lifestyle and wants nothing more than to bring some meaning and purpose to the charity he runs. When he rescues Lena from a case of heat exhaustion and meets her son Tyler, he has no idea the answer to his problems might have just fallen in his lap. Literally.
With Lena's ideas and Elliot's know-how, they might just be able to make their ventures a success. Except pleasure has a sneaky way of mixing with their business, leaving both dazed and confused. Charming as he is, Elliot isn't father material. And there's no room for a single mom and her child in his life. While the attraction between them isn't easily squashed, there's no telling the lengths his family will go to prevent a relationship.