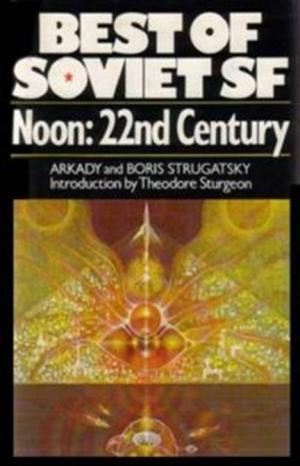 The 22nd Century. Mankind is free from the age-old misery and poverty that have kept it in bondage, free to create a new world, to explore the universe, to confront the mysteries of human existence. Russia’s greatest S-F writers, Arkday and Boris Strugatsky, have produced a futuristic masterpiece of epic proportions and breathtaking vision.
Two interplanetary adventurers hurtle through space at a speed faster than light, and are flung a hundred years into the 22nd century. They find themselves on a planet both like and unlike the earth they abandoned so very long ago—and so recently.
It is a planet ruled by wisdom, where automated farms feed tens million inhabitants, where a complete system of moving roads brings the farthest outposts into close communion, where an advanced science in mechanization approaches the mysterious complexity of life itself. Here all effort is bound to the exhilarating art if discovery—way below the planet’s waters, deep into the endless reaches of space and far beyond the boundless zones of the human mind.