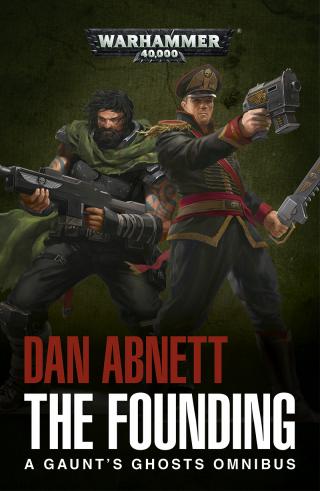 The opening trilogy of the Gaunt's Ghosts saga returns! From the destruction of their world to their deadliest battle in the shattered hives of Verghast, this is the first act in the long-running fan favourite series.

READ IT BECAUSE
If you've never experienced the start of Black Library's longest-running Warhammer 40,000 series, now's your chance. And if you have, you can read them again, like revisiting old friends.

THE STORY
In the Chaos-infested Sabbat system, the massed ranks of the Imperial Guard stand shoulder to shoulder as they counter an invasion by heretical forces. Amongst the Guard are the troops of the Tanith First and Only, a displaced army forced to flee their home planet before it succumbed to the unrelenting assault of Chaos. Nicknamed the Ghosts, their specialist scouting role has thrown them into the thickest of the fighting, trying to complete whatever desperate mission their uncaring commanders have volunteered them for. Now, their leader Ibram Gaunt must evade the treacherous scheming of rival regiments and the lethal firepower of the enemy if he is to win through and lead his Ghosts to victory.

CONTENTS
First and Only
Ghostmaker
Necropolis

Know no fear. The Battle of Calth