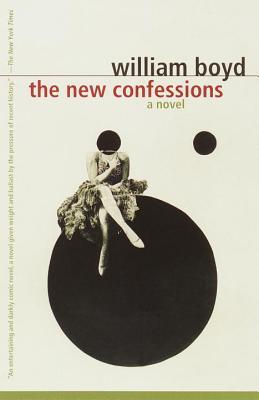 In this extraordinary novel, William Boyd presents the autobiography of John James Todd, whose uncanny and exhilarating life as one of the most unappreciated geniuses of the twentieth century is equal parts Laurence Stern, Charles Dickens, Robertson Davies, and Saul Bellow, and a hundred percent William Boyd.
From his birth in 1899, Todd was doomed. Emerging from his angst-filled childhood, he rushes into the throes of the twentieth century on the Western Front during the Great War, and quickly changes his role on the battlefield from cannon fodder to cameraman. When he becomes a prisoner of war, he discovers Rousseau's Confessions, and dedicates his life to bringing the memoir to the silver screen. Plagued by bad luck and blind ambition, Todd becomes a celebrated London upstart, a Weimar luminary, and finally a disgruntled director of cowboy movies and the eleventh member of the Hollywood Ten. Ambitious and entertaining, Boyd has invented a most irresistible hero.

A Good Man in Africa