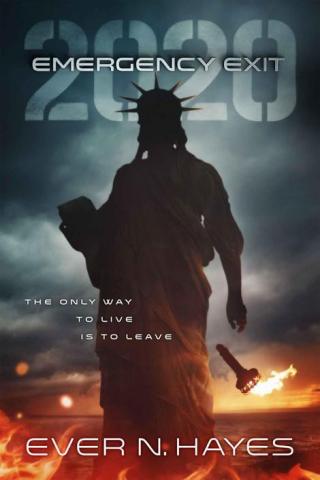 They didn’t know what to do.
Would you?
Let’s say you just found out you’d survived a massive chemical attack. How it happened and how many others lived through it… you don’t yet know. You don’t know the when (exactly), the who, or the why. You just… don’t… know.
You have so many questions, but there’s no doubting what you’ve seen. Surreal as the aftermath may be, this isn’t a hoax. This is for real.
You scramble back to where you were—where you were safe—and hear a message on the radio confirming this is widespread—across all of North America. There are probably thousands of other survivors out there—for now—people who got lucky like the nine of you. But it’s not over. Not even close. That message tells you an enemy army is on the way to finish the job. It’s only a matter of time.
So what do you do? You’re only 20. The Marines have prepared you for a lot… but this? Your dad, your girlfriend, and your little sister… they’re not ready. How could they be? None of you are. But you only have two choices: Stay—and await the inevitable—or run.
Supposedly there’s one safe haven left—ONE—and it’s clear across the country (and an ocean) in Hawaii. But the enemy knows that too. They’ll be lying in wait as you run right at them. That’s your best chance? It can’t be. There has to be a better way.
But you know there isn’t. You have to leave behind a mother, your friends, neighbors and families—an entire lifetime. You have to leave behind everything. You have to face off with fear, with the massive devastation, and the force that will be hunting you all the way.
This is it…
The only way to live is to leave.