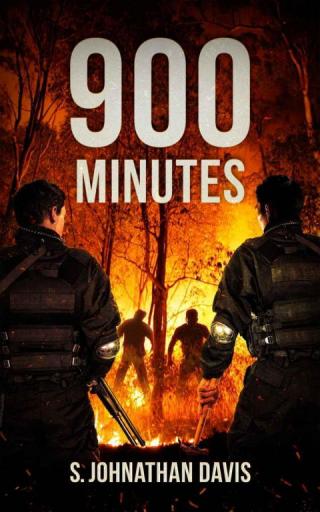 John is a father, but that wasn’t his day job before the Apocalypse.
Seven months after the events in 900 Miles, we pick up with John and Kyle who are bunkered down with their newfound community back at Avalon.
Unexpectedly thrust outside the protection of Avalon’s walls, they’re forced back into the world of the dead on a scavenging run that should be routine. However, they quickly learn that there are forces at play making this journey anything but…
In a race against time to get home, they quickly find themselves being hunted by a madman intent on stripping away the tiny slice of life they’ve fought so hard to hold together—ultimately forcing John to learn just how far he’s willing to adapt to the rules of this new world. A world where most men are willing to do whatever it takes to survive. A world where Man is the real plague.
How far would any father go to save his son?
Get ready to jump back into the Hummer with John and Kyle in this fast-paced thriller that mixes zombie horror with medieval-style castle warfare!