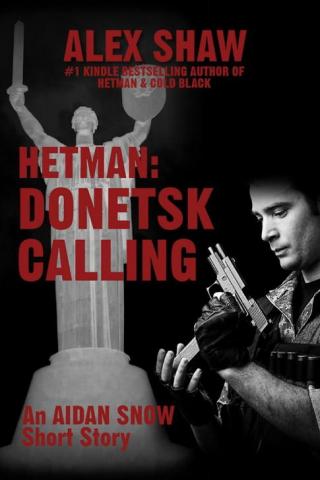 Former SAS Trooper turned MI6 Operative Aidan Snow returns in a short story preceding the release of the third Aidan Snow thriller ‘The Dangerous Deadly Elite’.
As an ex-pat Brian Webb has a great life, a sexy wife and a perfect daughter. But all this is put in jeopardy when on his way home from a night of heavy drinking he is chased by a group of armed assailants. Who are his pursuers, what do they want from him and why are they shooting? Webb would rather not hang around to find out. Crashing a stolen car in an attempt to escape Webb is blooded, cornered and out of options… left with no other choice he calls the only person who would never let him down. He calls Aidan Snow.
Arriving in Kyiv, Snow takes the law into his own hands in an attempt to find and rescue one of his oldest friends. With the ghosts of the past on his shoulders Snow must again rely on his SAS training and will not stop until he discovers the truth.