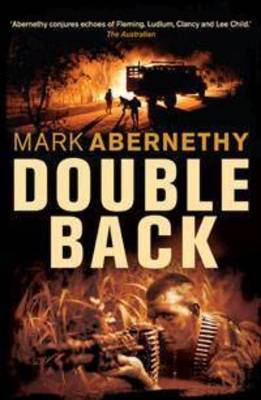 Alan McQueen (aka Mac) – the intrepid hero of Golden Serpent and Second Strike – is a tough, true-blue, resourceful Aussie. An intelligence agent, Mac spends a lot of his time doing undercover work in south east Asia.
Double Back sees Mac putting his life on the line fighting dangerous forces who will stop at nothing to sink the independence movement in East Timor.
Fighting the good fight, Mac discovers a plot to use a deadly ethno-bomb which kills only native East Timorese – who don't share the ethnicity of most Indonesians…
Can Mac secure the ethno-bomb before it's too late?
'Golden Serpent is the most accomplished spy-thriller we've seen locally, a discerning read, full of action and a kind of knowing wit.' – The Australian
'Abernethy conjures echoes of Ian Fleming, Robert Ludlum, Tom Clancy and the Jack Reacher novels of Lee Child.' – The Weekend Australian