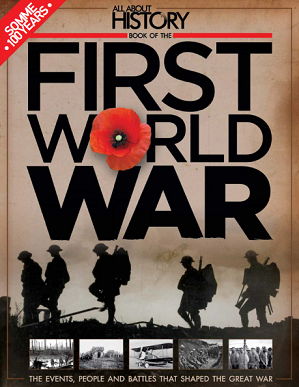 There is no doubt that the First World War shaped the world in which we live today. There are those who believe the First World War should never have happened, those who feel it was absolutely necessary and those by whom it is quietly remembered. Few remain untouched by its memory. Given the number of countries involved and the unimaginable loss of life, such a long-lasting impact was inevitable. In fact, today we commemorate the 100th anniversary of the Battle of the Somme with this brand new edition. We will explore the First World War through key events, significant battles and influential figures, while discovering the knock-on effect to everyday life on the Home Front. The words and images are accompanied by historical artefacts that will paint a picture of what life was like during the First World War – both at home and on the front line.

Women who Changed the World