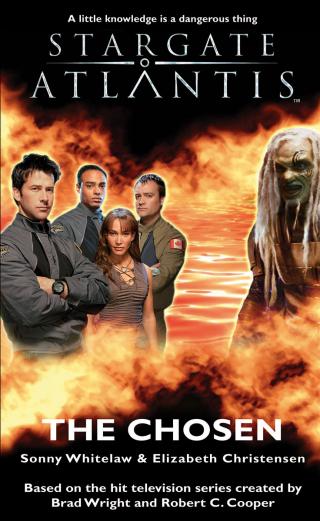 Born to rule…
With Ancient technology scattered across the Pegasus galaxy, the Atlantis team is not surprised to find it in use on a world once defended by Dalera, an Ancient who was cast out of her society for falling in love with a human.
But in the millennia since Dalera's departure much has changed. Her strict rules have been broken, leaving her people open to Wraith attack. Only a few of the Chosen remain to operate Ancient technology vital to their defense and tensions are running high. Revolution simmers close to the surface.
When Major Sheppard and Rodney McKay are revealed as members of the Chosen, Daleran society convulses into chaos. Wanting to help resolve the crisis and yet refusing to prop up an autocratic regime, Sheppard is forced to act when Teyla and Lieutenant Ford are taken hostage by the rebels…