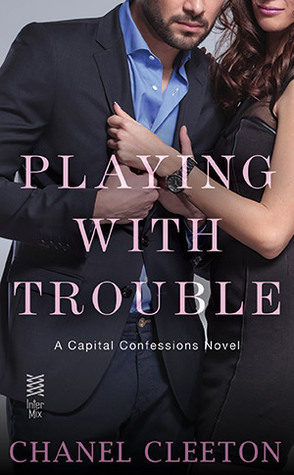 The author of Flirting with Scandal presents her second book in a sexy contemporary romance series about three sisters in a powerful political family, the scandals that threaten to destroy them, and the passion that drives them…

The daughter of one of the Senate's most powerful figures, Blair Reynolds was ready to become the ultimate political wife—until she caught her fiancé cheating on her wedding day. Law school is a fresh start, her shot at putting the pieces of her life back together. That’s the plan, at least. Until trouble comes in the form of her Torts professor, the man whose arrogance infuriates her in class but haunts her private fantasies.

Graydon Canter had a fortune and a place on all the hottest "Thirty under Thirty” lists, until a series of personal missteps nearly destroyed his career. A year teaching at a D.C. law school is just the break he needs to get his life back in order, as long as nothing—and no one—trips him up.

When Blair and Gray are forced to work together, their explosive attraction becomes impossible to resist. But Gray’s demons have drawn him dangerously close to the edge, and Blair has spent her life playing by the rules. Will she break them for a shot at love?