Thraxas and the Ice Dragon 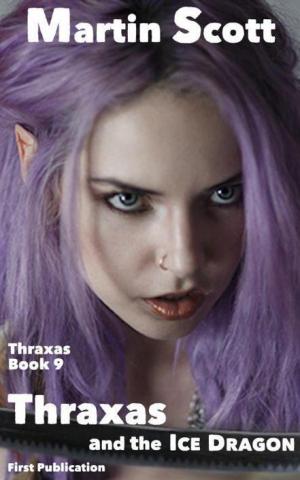 Thraxas and Makri drift ashore in the distant land of Samsarina, in the company of Lisutaris, Head of the Sorcerers Guild. After a miserable voyage on a leaky fishing boat, Thraxas just wants to drink beer, but there are other matters to attend to. Turai has fallen to the enemy, and the armies of the West are gathering. Before war breaks out, there's the great sword-fighting tournament, which gives Thraxas the chance of almost unlimited gambling, if only he can persuade Makri to enter. Makri is surprised to find herself looking after a baby dragon, and even more surprised to discover that Thraxas has a romantic past, one which leads them into a murder investigation in an unfamiliar land, where hostile forces oppose them at every turn. This is the ninth book in the Thraxas series.