Hornblower and the Hotspur 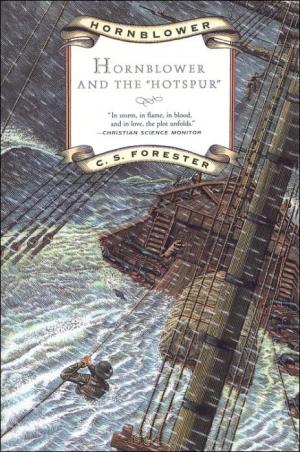 MacNee (The Avengers and A View to a Kill) is a superb choice to read this ripping yarn—the third in Forester's expert and exciting series about a young naval officer who rises rapidly through the ranks to become one of England's heroes in the battles against Napoleon's huge fleet of fast and formidably armed frigates. MacNee is perfect as the young Horatio Hornblower, who listeners meet on his wedding day in 1803. The couple's romance succumbs to history as the dastardly French prepare to attack. With the possible exception of Patrick O'Brian, nobody else writes about sea battles with the perfect control of Forester, and MacNee uses all his acting skills to keep the action moving. A few sound effects might have been in order during the fighting scenes, but one can't have everything.

Hornblower in the West Indies