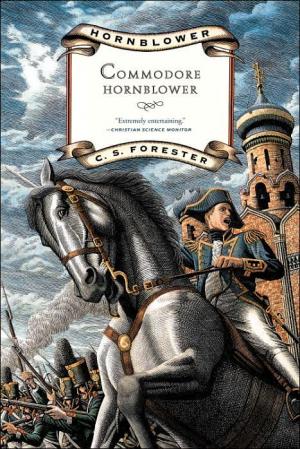 In this ninth installment in the Hornblower series, the incomparable Horatio Hornblower, recently knighted and settled in as squire of the village of Smallbridge, has been designated commodore of his own squadron of ships, led by the two-decker Nonsuch and bound for the Baltic. It is 1812, and Hornblower has been ordered to do anything and everything possible, diplomatically and militarily, to protect the Baltic trade and to stop the spread of Napoleon's empire into Sweden and Russia. Though he has set sail a hero, one misstep may ruin his chances of ever becoming an admiral. Hostile armies, seductive Russian royalty, nautical perils such as ice-bound bays, assassins in the imperial palace—Hornblower must conquer all before he can return home to his beloved new wife and son, as his instructions are to sacrifice every man and ship under his command rather than surrender ground to Napoleon.

Hornblower and the Hotspur