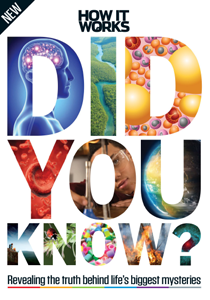 It is possible to 3D print your own car from an open source design? A Nobel Prize was awarded to the scientists who described the physics behind hula-hooping? Earth isn't the only planet to have naturally occurring auroras such as the Northern Lights? There is technology that gives you powers like Spider-Man? All this and more are explained inside the pages of this book, pursue knowledge like never before.

Другие книги серии "How It Works"