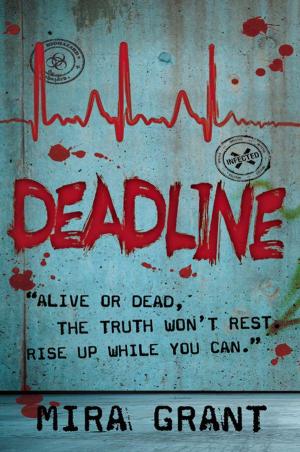 Shaun Mason is a man without a mission. Not even running the news organization he built with his sister has the same urgency as it used to. Playing with dead things just doesn't seem as fun when you've lost as much as he has.

But when a CDC researcher fakes her own death and appears on his doorstep with a ravenous pack of zombies in tow, Shaun has a newfound interest in life. Because she brings news-he may have put down the monster who attacked them, but the conspiracy is far from dead.

Now, Shaun hits the road to find what truth can be found at the end of a shotgun.

Review
'This book is fast-paced and so well written it makes you check your doors and windows are locked and peer into the dark corners looking for zombies... I really would recommend this book to anyone and everyone who likes the supernatural/fantasy gene; it's just a fantastic read that I found hard to put down with a really twisted ending leaving the reader wanting more.' --DARK MATTER
[An] adrenaline-packed, quick-witted tale of medicine and mayhem ... Deft cultural touches, intriguing science and amped-up action will delight Grant's numerous fans --PUBLISHERS WEEKLY
'This was an absolutely excellent continuation of this series. Things that happen in this book will absolutely take your breath away; it is absolutely engaging and really makes you think... Personally, I think this is the best zombie-themed writing since World War Z' --FRINGE