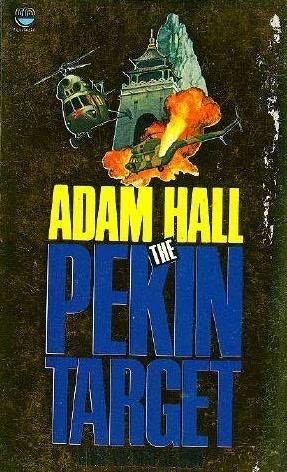 In Peking ("Pekin" in British usage) the crowds gather for the funeral of the Chinese Premier. Quiller reports it: "The British delegates formed a short line along the side of the catafalque as their leader placed the Queen's wreath carefully against it; then suddenly the sky was filled with flowers and the bloodied body of the Secretary of State was hurled against me by the blast as the coffin exploded."
"Quiller takes over where Bond left off." (Bookseller)