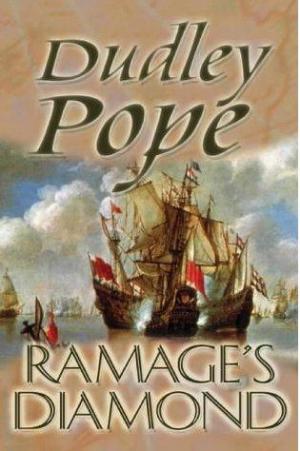 Ranked as a captain, the youngest in His Majesty's navy and one with a reputation for landing impossible assignments, Lord Ramage is dispatched to the Caribbean isle of Martinique and, off its southwest coast, Diamond Rock. His mission at first seems humdrum: to barricade the French within Fort Royal. But sent to sea in the Juno, with a crew turned restless and disgruntled under the prior command of a drunk, Ramage realizes that his vessel may not be up to confronting the French. Before he can shape up the Juno and her men, the ship is beset by desperate and dangerous privateers.

Ramage and the Dido