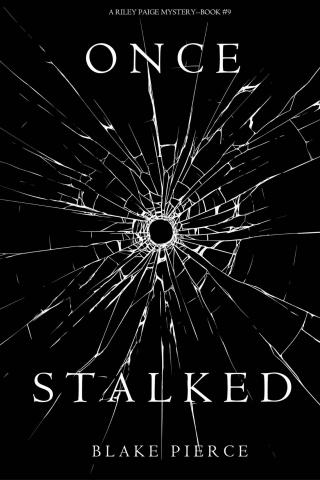 "A masterpiece of thriller and mystery! The author did a magnificent job developing characters with a psychological side that is so well described that we feel inside their minds, follow their fears and cheer for their success. The plot is very intelligent and will keep you entertained throughout the book. Full of twists, this book will keep you awake until the turn of the last page."

--Books and Movie Reviews, Roberto Mattos (re Once Gone)

ONCE STALKED is book #9 in the bestselling Riley Paige mystery series, which begins with the #1 bestseller ONCE GONE (Book #1) - a free download with over 900 five star reviews!

When two soldiers are found dead on a huge military base in California, apparently killed by gunshot, military investigators are stumped. Who is killing its soldiers, inside the secure confines of its own base?

The FBI is called in, and Riley Paige is summoned to take the lead. As Riley finds herself immersed in the military culture, she is amazed to realize that serial killers can strike even here, in the midst of the most secure location on earth.

She finds herself in a frantic cat and mouse chase, racing to decode the killer's psychology. Yet she soon discovers she is up against a highly-trained killer, one that may, even for her, be too deadly an opponent.

A dark psychological thriller with heart-pounding suspense, ONCE STALKED is book #9 in a riveting new series - with a beloved new character - that will leave you turning pages late into the night.