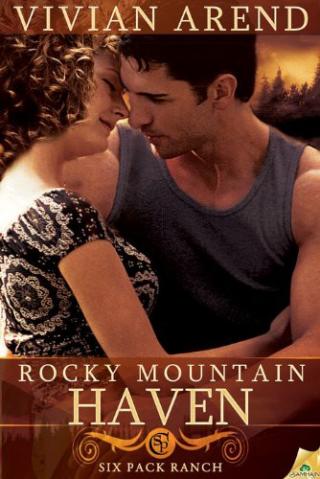 Beth Danube’s emotionally abusive husband is dead and buried. So is her heart. It’s no big deal, she has all she wants: her three little boys and a fresh start in a small Alberta town. What she doesn’t want is another man in her life—not now, maybe not ever.
After ten years of unsatisfactory, missionary-position sex, she never expected her libido to reawaken. One look at sex-in-boots Daniel Coleman in a Calgary bar, though, blows the dust off her sexuality.
Sensing an edge of desperation, even fear, beneath Beth’s come-on, Daniel finds himself giving in to the powerful urge to let his normally subdued desires run wild. The lady wants non-judgmental, non-vanilla sex? She’s got it—in and out of the bedroom.
At first, friends with blazing-hot benefits is more than enough. Then she realizes Daniel is burning away the protective fortress around her heart…and the guilty secret she dare not reveal.
Warning: One woman determined to retake control of her life, a man with the single-minded purpose of offering her—and her body—everything she needs. Inappropriate behavior in barns, change rooms, and oh-my-gawd phone sex with a cowboy.

Hell at the Breech