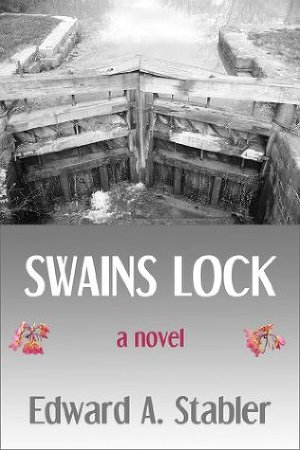 "…I fear I have been killed because of what happened today at Swains Lock."

So begins the dried-out note that Vin Illick finds while scavenging planks from an abandoned shed near the old Chesapeake and Ohio Canal. It's signed by canal-hand Lee Fisher and dated 1924. Vin reads on:

"I may be buried along with the others at the base of three joined sycamores… one tree leads to the money, the second leads to the killers and the third leads to the dead. In your search for me you may find the truth. Be careful you don’t share my fate."

Vin should be finishing his software consulting project and looking for a full-time job -- that was the plan when he and his fiancee Nicky relocated to Maryland so she could start work as a veterinarian. But to Nicky's chagrin, Vin becomes determined to find Lee Fisher's joined sycamores. Was Lee killed and buried along with the others? What about the money? And what happened at Swains Lock?

Following threads in the note, Vin finds fresh clues that seem intended for him. His investigation turns life-threatening in the woods, and he suspects a young widow associated with two accidental deaths is stalking his search. As Vin closes in on the sycamores, his obsession with "Lee Fisher's truth" may cost him his relationship with Nicky, but calling it off may cost him his life. Because the past that Vin pursues is also pursuing him, and a confrontation with destiny and vengeance awaits him at Swains Lock.