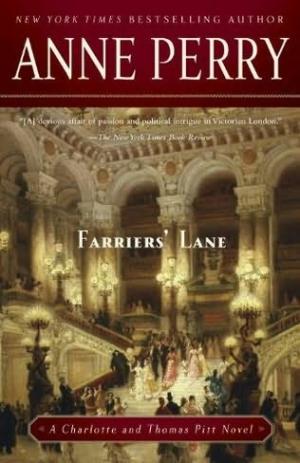 When the distinguished Mr. Justice Stafford dies of opium poisoning, his shocking demise resurrects one of the most sensational cases ever to inflame England: the murder five years before of Kingsley Blaine, whose body was found crucified in Farriers' Lane. Amid the public hysteria for revenge, the police had arrested a Jewish actor who was soon condemned to hang. Police Inspector Thomas Pitt, investigating Stafford's death, is drawn into the Farriers' Lane murder as well, for it appears that Stafford may have been about to reopen the case. Pitt receives curiously little help from his colleagues on the force, but his wife, Charlotte, gleans from her social engagements startling insights into both cases. And slowly both Thomas and Charlotte begin to reach for the same sinister and deeply dangerous truth.

A Breach of Promise