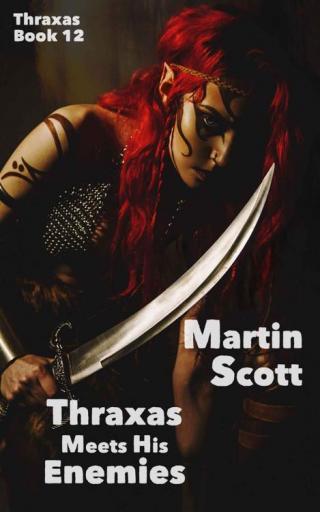 Book twelve in the Thraxas series. – 'Sources at the Palace indicate that a very large sum of money in the form of gold bullion has disappeared from the Palace vaults. This was earmarked for the purchase of food and is a terrible loss to a city already on the brink of starvation. The whole affair smacks of corruption at the highest levels. Our revered War Leader Lisutaris, Mistress of the Sky, is of course beyond suspicion but the sad truth is she's surrounded by a coterie of very dubious characters including assassins, degenerate sorcerers, half-Orcish ruffians and several shady figures from the lower depths of Turanian society. Our readers will be amazed to learn that among these figures is Thraxas, about whom the Chronicle has had reason to warn the city before. As the food intended for our starving population disappears to the Simnian, Samsarinan and Niojan encampments, many curious glances will be cast towards the Mistress of the Sky, wondering why her most trusted companions all seem to be characters of the very lowest repute…'