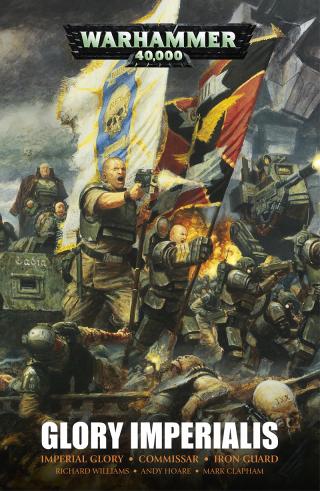 They are the Shield of Humanity, the Hammer of the Emperor - in the entire known galaxy there is no force as numerous and determined in the defence of mankind as the Astra Militarum. Be it the war-hardened veterans of the Brimlock Eleventh, sent to rid a world of feral greenskins in the hopes of colonisation; the dogged and resolute infantry of the Mordian Iron Guard, battling dread xenos to secure a mining world; or the steel-hearted Commissar Flint, leading a regiment of the Vostroyan Firstborn to quell a rebel uprising, the men and women of the Imperial Guard strive tirelessly to enact the will of Terra and defeat the enemies of man. This omnibus edition contains three full-length novels and three additional short stories.