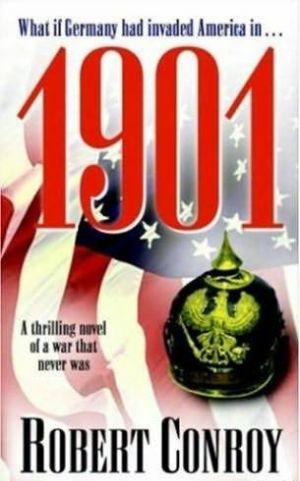 “The yarn is likely to please both military history and alternate history buffs… The writing… keeps us turning the pages.” – Booklist

The year is 1901. Germany 's navy is the second largest in the world; their army, the most powerful. But with the exception of a small piece of Africa and a few minor islands in the Pacific, Germany is without an empire. Kaiser Wilhelm II demands that the United States surrender its newly acquired territories: Guam, Puerto Rico, Cuba, and the Philippines. President McKinley indignantly refuses, so with the honor and economic future of the Reich at stake, the Kaiser launches an invasion of the United States, striking first on Long Island.

Now the Americans, with their army largely disbanded, must defend the homeland. When McKinley suffers a fatal heart attack, the new commander in chief, Theodore Roosevelt, rallies to the cause, along with Confederate general James Longstreet. From the burning of Manhattan to the climactic Battle of Danbury, American forces face Europe 's most potent war machine in a blazing contest of will against strength.