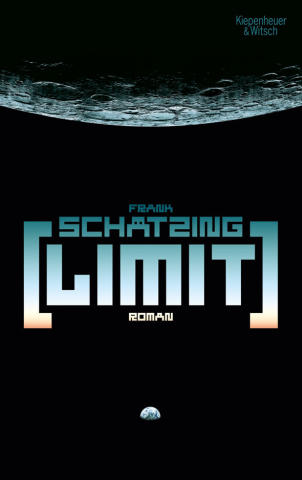 This ambitious, multilayered thriller balances astonishing scientific, historical, and technical detail. Against this backdrop, award-winning author Frank Schätzing convincingly extrapolates a possible near future when humankind’s ingenuity may become the greatest risk to its continued existence.
In 2025, entrepreneur Julian Orley opens the first-ever hotel on the moon. But Orley Enterprises deals in more than space tourism—it also operates the world’s only space elevator, which in addition to allowing the very wealthy to play tennis on the lunar surface connects Earth with the moon and enables the transportation of helium-3, the fuel of the future, back to the planet. Julian has invited twenty-one of the world’s richest and most powerful individuals to sample his brand-new lunar accommodation, hoping to secure the finances for a second elevator…
On Earth, meanwhile, cybercop Owen Jericho is sent to Shanghai to find a young female hacker known as Yoyo, who’s been on the run since acquiring access to information that someone seems quite determined to keep quiet. As Jericho closes in on the girl and the conspiracy swirling around her, he finds mounting evidence that connects her to Julian Orley as well as to the entrepreneur’s many competitors and enemies. Soon, the detective realizes that the lunar junket to Orley’s hotel is in real and immediate danger.

Death and the Devil