New Ways to Kill Your Mother 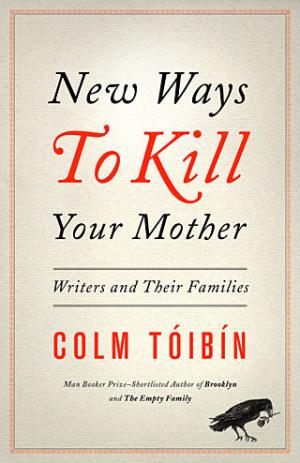 In a brilliant, nuanced and wholly original collection of essays, the novelist and critic Colm Tóibín explores the relationships of writers to their families and their work.
From Jane Austen’s aunts to Tennessee Williams’s mentally ill sister, the impact of intimate family dynamics can be seen in many of literature’s greatest works. Tóibín, celebrated both for his award-winning fiction and his provocative book reviews and essays, and currently the Mellon Professor in the Humanities at Columbia, traces and interprets those intriguing, eccentric, often twisted family ties in New Ways to Kill Your Mother. Through the relationship between W. B. Yeats and his father, Thomas Mann and his children, and J. M. Synge and his mother, Tóibín examines a world of relations, richly comic or savage in its implications. In Roddy Doyle’s writing on his parents, Tóibín perceives an Ireland reinvented. From the dreams and nightmares of John Cheever’s journals, Tóibín illuminates this darkly comic misanthrope and his relationship to his wife and his children. “Educating an intellectual woman,” Cheever remarked, “is like letting a rattlesnake into the house.” Acutely perceptive and imbued with rare tenderness and wit, New Ways to Kill Your Mother is a fascinating look at writers’ most influential bonds and a secret key to understanding and enjoying their work.