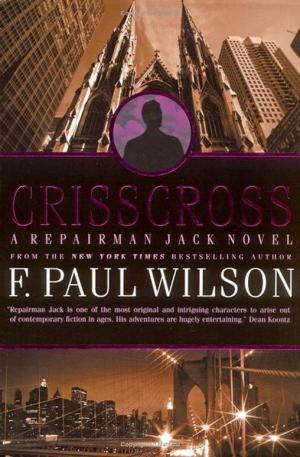 Repairman Jack is back! An anonymous mercenary, with no last name and no social security number, Jack has thrilled a veritable army of readers ever since his bestselling debut in The Tomb. Jack can fix any problem, supernatural or otherwise, for a price. Now, in his latest gripping adventure, he takes on two cases at once.The first involves a nun being blackmailed by someone who has photos of her she doesn't want made public. What's in those photos, she won't say, but with her meager savings just about exhausted, she hires Jack to help her.The second seems straightforward enough, as an elderly woman hires Jack to find her missing son. But to locate his quarry, Jack must infiltrate the inner reaches of the Dormentalist Church, a secretive, globe-spanning cult whose members include some of the biggest and most powerful names in entertainment, sports, and politics. Ruthless in its pursuit of critics and enemies, the Church hides a sinister agenda known only to its ruling elite.But Jack can be ruthless, too, going to darker lengths than ever before as he crisscrosses the two fix-it jobs to settle the deadliest of scores!

DRACULAS (A Novel of Terror)

The Compendium of Srem

Bleeding in the Eye of a Brainstorm