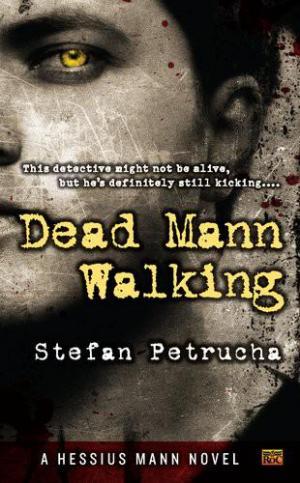 After Hessius Mann was convicted of his wife's murder, suppressed evidence came to light and the verdict was overturned-too bad he was already executed. But thanks to the miracles of modern science Hessius was brought back to life. Sort of.

Now that he's joined the ranks of Fort Hammer's pulse-challenged population, Hessius attempts to make a "living" as a private investigator. But when a missing persons case leads to a few zombies cut to pieces, Hessius starts thinking that someone's giving him the run-around-and it's not like he's in any condition to make a quick getaway...

Review
"Fast-paced zombie-noir with a melancholy bite. A sure antidote for the blandness of traditional zombie fare."
(-David Wellington, author, Monster Island: A Zombie Novel )