His name is John [An Elliott Smith Mystery] 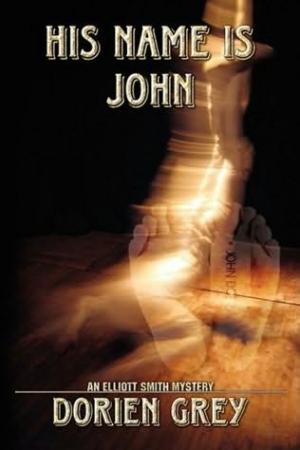 Elliott Smith never considered himself to be anything special, if you didn't count having wealthy parents, whom he largely ignores. His profession is buying, restoring and reselling small apartment buildings around Chicago. Gay and contentedly single at 38, he has, in addition to his globetrotting parents, a devoted sister, a police detective brother-in-law, two nieces and a nephew. Everything in his life is going along perfectly fine until he wakes in the hospital after being hit by a car aware of being watched by someone who isn't there. Despite being sure what happens next can be attributed to his injuries from the accident, Elliott is reluctantly, inexorably, drawn into the search to find a name for the unidentified murdered man who died next to him in the Emergency Room-and who killed him. His investigation takes him on a trail that leads from photographs to motor homes, a body hidden behind a wall for more than sixty years, old neighbors and old enemies, and a nun with a secret she does not know she holds. Along the way, Elliott also finds himself on the threshold of a new relationship with potential he never would have imagined. Elliott invites you to join him on his search in this first book of a new series by popular mystery author Dorien Grey, whose Dick Hardesty mystery series has included four finalists for a Lambda Literary Award.