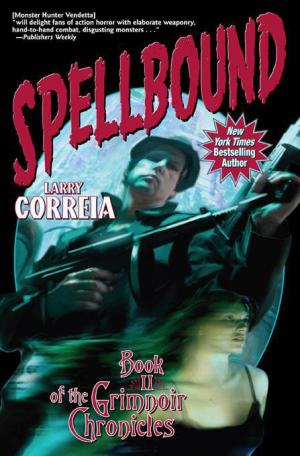 The Grimnoir Society’s mission is to protect people with magic, and they’ve done so—successfully and in secret—since the mysterious arrival of the Power in the 1850s, but when a magical assassin makes an attempt on the life of President Franklin Roosevelt, the crime is pinned on the Grimnoir. The knights must become fugitives while they attempt to discover who framed them.

Thing go from bad to worse when Jake Sullivan, former p.i. and knight of the Grimnoir, receives a telephone call from a dead man—a man he helped kill.. Turns out the Power jumped universes because it was fleeing from a predator that eats magic and leaves destroyed worlds in its wake. That predator has just landed on Earth.

Son of the Black Sword