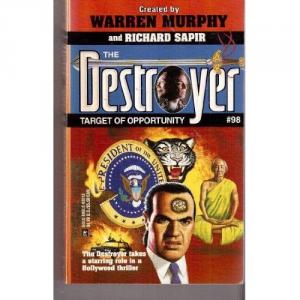 Free Agent
Remo is set to teach a few lessons in hospitality at Florida's top tourist attraction, but his mind is made up. He is a free agent. No more CURE, no more trying to solve America's problems.
But the nation goes into a state of shock when a Lee Harvey Oswald look-alike is nailed trying to shoot the President, and Remo can't ignore a sense of deja vu. Soon, a meddling television anchorwoman and strange transformations at the White House leave him feeling that he has landed in a role in a bizarre Hollywood Thriller
With the direct line to the President still dead, and Chiun trying to give away the secret of CURE, Remo and Smith are hard-pressed to protect the Man who threatened to shut down CURE for good...