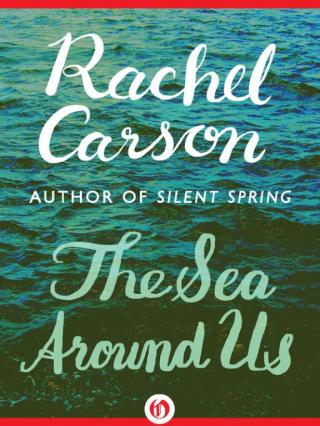 Rachel Carson’s National Book Award–winning classic effortlessly mingles detailed fieldwork and inspiring prose to reveal a deep understanding of the earth’s most precious, mysterious resource—the ocean.
With more than one million copies sold, Rachel Carson’s The Sea Around Us became a cultural phenomenon when first published in 1951 and cemented Carson’s status as the preeminent natural history writer of her time. Her inspiring, intimate writing plumbs the depths of an enigmatic world—a place of hidden lands, islands newly risen from the earth’s crust, fish that pour through the water, and the unyielding, epic battle for survival.
Firmly based in the scientific discoveries of the time, The Sea Around Us masterfully presents Carson’s commitment to a healthy planet and a fully realized sense of wonder.
This ebook features an illustrated biography of Rachel Carson including rare photos and never-before-seen documents from the Beinecke Rare Book and Manuscript Library at Yale University.

The Edge of the Sea

Комментарии к книге "The Sea Around Us"