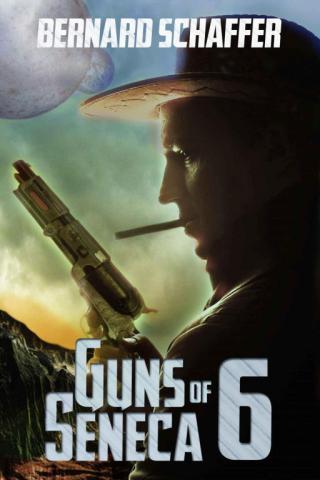 The mining settlement of Seneca 6 is set on a distant planet at the farthest reaches of the galaxy. Sheriff Sam Clayton is murdered in the wasteland, beyond the reach of his two children and the people who respected and admired his firm hand in keeping them safe.
Twenty years later, Jem Clayton is an outlaw, known as the infamous Gentleman Jim; a ruthless bandit who never once allowed a woman he encountered to come to harm.
Back in Seneca 6, an intergalactic PNDA Marshal crash lands with one of the galaxies most despicable criminals and must jail him in the Sheriff’s Office until either help arrives or the Harpe Gang shows up to free him. The gang’s leader, Little Willy Harpe, is carrying a weapon of such alien terror that it will destroy everything in his path if he is not stopped.
Join Jem Clayton, Doctor Royce Henry Halladay, and Marshal Jimmy McParlan, for their first amazing adventure. They are the Guns of Seneca 6.

Bullet for a Bad Man

Law of the Mountain Man