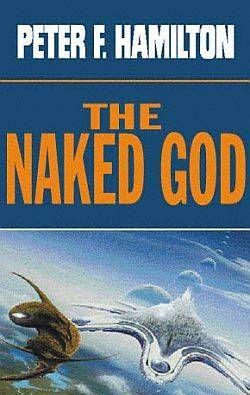 The Confederation is starting to collapse politically and economically, allowing the possessed to infiltrate more worlds. Quinn Dexter is loose on Earth, destroying the giant arcologies one at a time. As Louise Kavanagh tries to track him down, she manages to acquire some strange and powerful allies whose goal does not quite match her own. The campaign to liberate Mortonridge from the possessed degenerates into a horrendous land battle of the kind which hasn't been seen by humankind for six hundred years. Then some of the protagonists escape in a very unexpected direction . . .

Joshua Calvert and Syrinx now fly their starships on a mission to find the Sleeping God - which an alien race beleives holds the key to finally overthrowing the possessed.

Faced with an interstellar war in which the only weapon is exorcism, the Confederation dissolves into anarchy. For in a desperate act of triage, a few wealthy worlds prepare to sacrifice the mass of humankind to the risen dead souls from the Beyond. Meanwhile, the Possessed are destroying whole planets as they flee the universe in a transdimensional quest to find Heaven. But there are far worse things than death-or resurrection. And the Possessed are about to discover that chasing paradise is the most horrific, irrevocable mistake they could make...