Out of Her Dreams 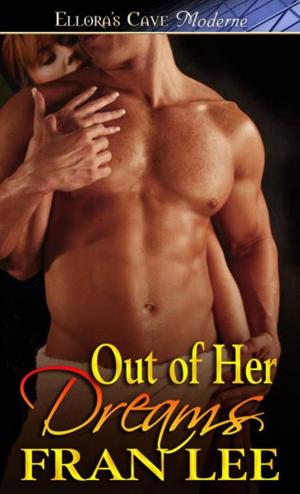 She's a best-selling erotic romance writer. Her fans adore her. She's making excellent money. All by writing about a man she dreamed up many years ago. Her hero is handsome, virile, sexy, strong, sensitive and a complete gentleman. He's a hot-headed, sex-on-the-hoof pro wrestler. He has a reputation for being the hottest, nastiest man on the mats. The fact that his face and body are plastered all over a bunch of mushy romance novels written by a woman with a death wish doesn't sit well on those massive shoulders. His agent's demanding monetary retribution from the woman who's dared to use his image on her covers but he has another form of retribution in mind…and it has nothing to do with money. She was his the moment he touched her. He came out of her dreams to claim her, and she wants every hot, throbbing inch of that delicious man. He wants her, naked, at his mercy. One hot, orgasmic night wasn't nearly enough. She ran…but he'll find her.

Комментарии к книге "Out of Her Dreams"