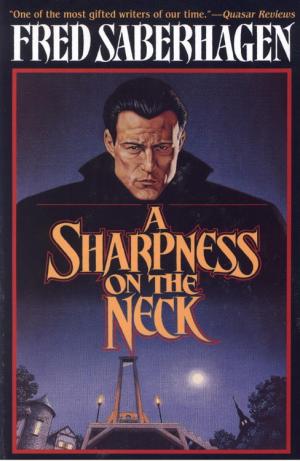 In 1792, Philip Radcliffe, the bastard son of Benjamin Franklin, comes to France to deliver a letter to Thomas Paine--only to get caught up in a conflict far more horrifying than the Revolution. By foiling a powerful vampire's attempt at fratricide, Radcliffe dooms himself and his descendants to suffer the vampire's eternal vengeance.

In present day, Philip and June Radcliffe are kidnapped on their honeymoon. Their captor, a mysterious Mr. Graves, swears that he aims to protect them. Yet as the thrilling story unfolds, involving Napoleon, the Marquis de Sade, and the Scarlet Pimpernel, as well as Jerry Cruncher and Detective Dupin, the young couple refuses to believe him--a mistake that is certain to cost them their lives.

The First Book of Swords

Shadow of a Wolf

Комментарии к книге "A Sharpness on the Neck"