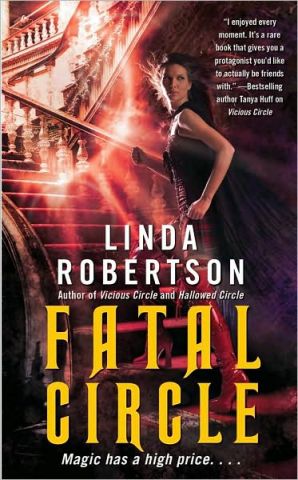 Destiny sucks. . . .
There was a time when Persephone Alcmedi thought her life was hard to manage, what with wondering how to make sure she took adequate care of both her grandmother and her foster daughter, Beverley, whether she'd end up in the unwanted position of high priestess of a coven, and whether her wærewolf lover, Johnny, would resist the groupies who hang around his band Lycanthropia.
But that was before the fairies started demanding that Seph's frightening, unpredictable ally - the ancient vampire Menessos - be destroyed . . . or the world will suffer. Seph and Menessos are magically bonded, but that's a secret she dares not reveal to her fellow witches lest they be forced to reject her and forbid her use of magic. And, despite the strain this casts on her relationship with Johnny, as a showdown with the fairies nears, she and Menessos badly need the wærewolves as allies.
Life, death, and love are all on the line, but when destiny is calling, it doesn't help to turn away. With the individual threads of their fates twisted inextricably together, can Seph, Johnny, and Menessos keep the world safe from fairy vengeance?

Chenda and the Airship Brofman