The Bitter Seed of Magic 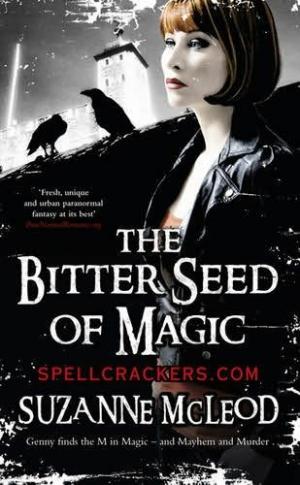 On the surface, Genny's life seems ripple-free right now. Finn, her sexy boss and — well, Genny's not sure what else she wants him to be, but he's stopped pushing for a decision on their relationship. The seductive vampire Malik al-Khan has vanished back into the shadows. And the witches have declared her no longer a threat. But unless Genny can find a way to break the fertility curse afflicting London's fae, she knows this is just the lull before the magical storm. Then a faeling — a teenage girl — is fished out of the River Thames, dead and bound with magic, and Genny is called into investigate. As she digs through the clues, her search takes a sinister and dangerous turn, exposing age-old secrets that might be better left buried. Then another faeling disappears, and Genny finds herself in a race against time to save the faeling and stop the curse from claiming its next victim — herself!

The Sweet Scent of Blood

The Shifting Price of Prey

The Cold Kiss of Death

The Sweet Scent of Blood

The Shifting Price of Prey

The Cold Kiss of Death