U Is For Undertow 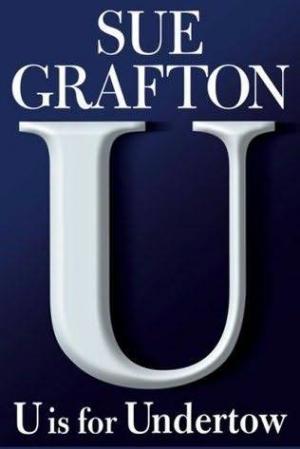 It's April, 1988, a month before Kinsey Millhone's thirty-eighth birthday, and she's alone in her office doing paperwork when a young man arrives unannounced. He has a preppy air about him and looks as if he'd be carded if he tried to buy booze, but Michael Sutton is twenty-seven, an unemployed college dropout. Twenty-one years earlier, a four-year-old girl disappeared. A recent reference to her kidnapping has triggered a flood of memories. Sutton now believes he stumbled on her lonely burial when he was six years old. He wants Kinsey's help in locating the child's remains and finding the men who killed her. It's a long shot but he's willing to pay cash up front, and Kinsey agrees to give him one day. As her investigation unfolds, she discovers Michael Sutton has an uneasy relationship with the truth. In essence, he's the boy who cried wolf. Is his current story true or simply one more in a long line of fabrications?
Grafton moves the narrative between the eighties and the sixties, changing points of view, building multiple subplots, and creating memorable characters. Gradually, we see how they all connect. But at the beating center of the novel is Kinsey Millhone, sharp-tongued, observant, a loner – 'a heroine,' said The New York Times Book Review, 'with foibles you can laugh at and faults you can forgive.'

P is for Peril

S is for Silence

P is for Peril

Комментарии к книге "U Is For Undertow"