The Hindu-Yogi Science of Breath 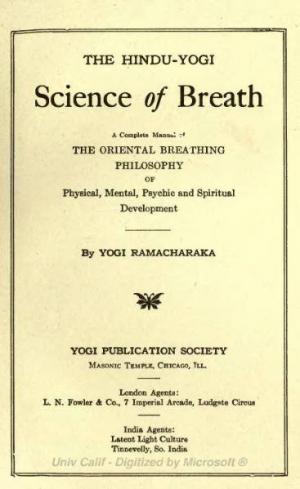 People laughed at the image of pretzel-legged yogis focusing on the tip of their noses- until Swami Rama walked into a laboratory and showed scientists what a yogi with control over his respiration can actually do. Before astonished researchers, he demonstrated perfect control over his heart rate and brain waves- control physiologists hadnt believed humans could possibly achieve.
For thousands of years, yogic adepts have claimed that breath is the essential link between body and mind, energizing a subtle body which connects the physical and mental aspects of our being. In this landmark book, Swami Rama and two noted American physicians explore the science of breath as the missing key to both physical health and the attainment of higher states of consciousness. Basic yogic breathing techniques are explained so that we can immediately begin working with this powerful ancient science.