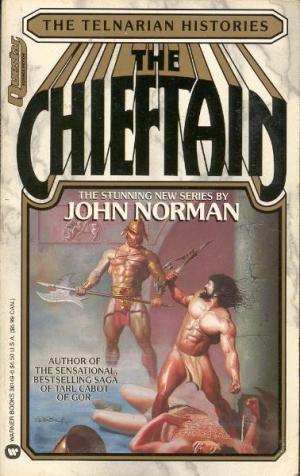 This is the age of the Telnarians. Their vast, corrupt empire spans galaxies, ruling by terror, slavery, and the lash. But, their corruption and brutality could spell their downfall for, on a thousand worlds of swords and science, the savage souls of true men will not be forever chained. A heroic tide is rising-and one warrior is born to lead the barbarian horde. A peasant is sent to the arena, fodder for the carnage...but before the horrified gaze of noble ladies, the warrior named Dog slaughters headsmen, hunters, and beasts to win freedom as a full-fledged gladiator. Then, deep-space rebels attack an Empire ship where Dog performs combat killings for the amusement of the passengers-and the gladiator becomes a rebel. Now, a beautiful officer of the court finds her life depends on the mercy of Dog-the man she ordered put to death!