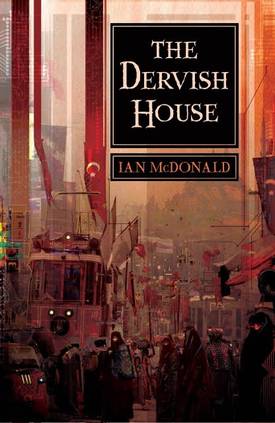 The Dervish House is set in 2027 Istanbul, in a future in which Turkey and the Queen of Cities have moved into the EU, where "the sick man of Europe" has boomed again, the center of a new practical nanotech revolution that has high-achieving school-kids and high-flying commodities traders snorting vials of tailored nano to help them cope with their days.

One Monday morning, a suicide bomber boards a tram, touches a jewel on a curious collar fastened around her throat, and blows her own head off, sending it through the tram's roof, fountaining a geyser of blood over the morning commuters, but killing no one except the seemingly incompetent bomber...

It was just the beginning.