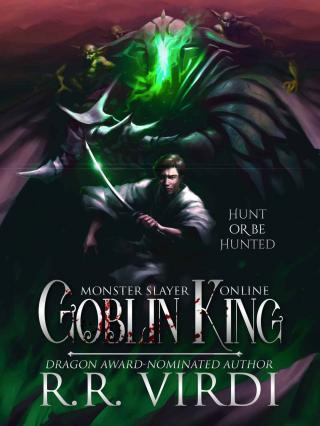 To earn a second chance at life, Devrim Bains must die and enter a virtual world of monsters and mayhem. Let's just hope one death is all it will take, because he can't afford another.

When Devrim Bains reaches his twenty–first birthday, he's finally punished for a crime that was never his fault–being born. In a world of strict population control, his life's been decided for him, and it's about to end. But a stroke of luck gives him opportunity to have his consciousness uploaded into a simulated-reality game world with the promise of paradise.

Except paradise always comes with a cost.

Monsters of legend and myths of old come to life in Lorian, needing to be slain or tamed for Devrim to have a shot at enjoying freedom. It'd be easy enough if one of the fiends hadn't raised an army hellbent on conquering everything. The Goblin King has his sights set taking the lands of Lorian in his iron grasp, and Devrim Bains' only chance is to quickly learn what it means to be a slayer.

To make sure his new lease on life isn't cut painfully short, he's going to have to embody the greatest rule in Monster Slayer Online:

Hunt or be hunted!